With this year’s St Vincent’s Day approaching on Sunday, Stuart Walton tells the story of St Vincent of Zaragoza and attempts to understand how and why he became the winemakers’ patron saint.

It may seem counter-intuitive that the festal day of the winemakers’ patron saint, Vincent of Zaragoza, should fall during the winter dormition of the vineyards, on 22 January. Had his martyrdom taken place in September, he could have blessed the new harvest every year. What he presides over instead is the first vital task of the viticultural year, winter pruning.

One of the indispensable legends of the saint’s life has him pulling up for a chat with a vineyard owner one leisurely spring day. Unnoticed by either of them at first, his donkey began nibbling at the new vine shoots. It would later transpire that that year’s crop was particularly luscious and bountiful, and a lesson was learned. It remains traditional practice in many European vineyards to begin the pruning on January 22, in some cases of a single symbolic vine, to insure a healthy season.

St Vincent was the first Christian martyr of Spain, killed in AD 304. Born at Huesca, near the city of Zaragoza in Aragon, some time in the latter half of the third century, it was his grievous misfortune to be an apostle of the faith during one of the most vicious periods of official Roman persecution, under the emperor Diocletian. Appointed deacon by Bishop Valerius, he became not only an active proselytiser, but the Bishop’s own spokesman, since Valerius suffered from a life-saving speech impediment.

Thus it was that, while Valerius himself suffered only exile for his faith, Vincent was hideously tortured over several days, on both rack and gridiron, before being cast on to a prison floor strewn with smashed sherds. It was during a brief period of relief, during which he was permitted sympathetic visitors, that he gave up the ghost. His body was bundled into a bag and thrown in the sea, but was subsequently washed ashore and retrieved by members of the Church.

Vincent’s remains were transported across the Iberian peninsula to the southern Portuguese headland that now bears his name on the Algarve, and buried there. In the twelfth century, he was exhumed on the orders of King Alfonso I, and transferred to the cathedral of St Mary Major in Lisbon. He is thereby the patron saint of the Portuguese capital, as also of Valencia, where he died. St Mary’s Cathedral in Valencia has a reliquary reputed to contain his left arm.

The logic by which Vincent became the patron saint of winemakers, as also of wine merchants and manufacturers of vinegar, appears to turn on little more than a homophone. In French, his name sounds almost exactly like vin-sang (wine-blood), but has no prior connection with wine at all. The name Vincent, or Vincentius in its original Roman form, is derived from the Latin verb, vincere, to conquer. A boy so named might be presumed to have been given the bearing of a successful warrior, and during the early years of the militant church, it became a popular name among beleaguered Christian families. The Vincents among the devout might well survive their persecutions by their namesakes of the pagan world, might defeat their savagery through witness under duress to the faith, and it comes as no surprise to learn that our Vincent was one of the martyrs whose steadfastness in the face of exorbitant suffering succeeded in converting his jailer.

Otherwise, there is no etymological link between the “Vin-” of Vincent, and the various western European words for wine. The legend of the donkey that discovered the usefulness of vine-pruning is a back-formation, as, almost certainly, is the detail that the martyr was tortured on a wine press. Even the gridiron may have been borrowed from tales of the death by roasting of St Lawrence, patron saint of cooks. The martyr’s persecution is recorded in a lyric by the Aragonese poet Prudentius, from whom the detail of the shattered pottery on the cell floor appears to originate. It may well be that much of the spectacularly harrowing detail of his death may have accumulated in the retelling over the centuries.

In the 15th-century altarpiece by Tomás Giner, painted originally for the archdeacon’s chapel at Zaragoza Cathedral, and now in the Prado, St Vincent appears dressed in his deacon’s vestment, holding the locked Bible and the martyr’s palm, his left hand resting on the transverse cross that often accompanied those who had been tormented on the rack. Behind him is the millwheel used to weight down the sack containing his corpse. He is trampling on the prone body of a turbaned Turk, the artist’s inveiglement of a contemporary reference to the cataclysmic fall of Constantinople to the Ottoman Empire in 1453. Of any reference to wine, there is nary a drop.

Topics in this article : St Vincent 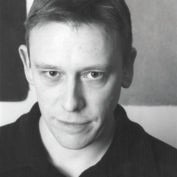