Bodegas Roda’s first white wine is as impressive as its lauded reds, says Joanna Simon after trying all three of the Rioja bodega’s new releases—Roda I Blanco 2019, Roda I 2017, and Cirsion 2019—at their London launch.

I’m not sure if we should be surprised that it has taken 35 years for Bodegas Roda to introduce its first white wine. Or even surprised that it should have produced a white wine at all, given that it has built its reputation as a Tempranillo specialist par excellence, identifying 552 clones in the old vineyards in the vicinity of Haro before selecting 20 to propagate for the red Roda and Roda 1 and Cirsion.

Either way, when the 2019 white wine was unveiled at the recent London launch of Roda I 2017 and Cirsión 2019, it soon emerged that it was no sudden whim. The team—led by managing director Agustín Santolaya—had been experimenting with a white wine for several years, but as he cheerfully admits, they had been drinking the results themselves. The project took on a degree of urgency only when co-owner and founder Mario Rotllant announced that he “wanted a white Roda and wanted it soon.” Even then, it was not always certain that the 2019 would be the inaugural release, because the quantities are so tiny—fewer than 4,000 bottles for the 65 countries in which Roda is represented.

Until Mario Rotllant delivered his proverbial rocket, the team had been experimenting with white wine simply because they had access to very old white vines from the upper slopes of some of the vineyards—high-altitude, dry-farmed, bush vines—from which they source their red grapes (120ha [300 acres], 75ha [185 acres] of which they own). The soils are mainly tertiary sandstone, with some chalk, and they’re very eroded at these elevations, so that the vines, says Santolaya, are “literally planted in the rocks.” Yields are extremely low, at around 4,000kg/ha. More than 90 percent of the blend is Viura, with Malvasía and even less Garnacha Blanca making up the rest. They can’t be more precise, because the myriad tiny old plots are field blends. One thing they do do is discard the Moscatel and the Calagrana (an old, low-quality local grape variety with big bunches and big berries that was essentially grown as a table grape for Christmas).

With the raw material to hand, they still had to decide what sort of white wine they wanted. As with the red Roda I, they were determined to “bring something new, a fresh idea, but not a fresh, summer white; no tropical fruit, not a lighter wine.

“We definitely wanted a white wine with good aging potential but didn’t want to copy the oxidative style that is so finely made by some of our neighbors,” Santolaya explains. “We wanted a wine that could go well with food, so we wanted volume, but we also wanted acidity and freshness. It’s been four years of hard work—’16, ’17, ’18, and finally the ’19 in your glass. The ’18 was also very good—we bought it ourselves!”

The harvest (necessarily by hand) is earlier rather than late. The grapes are sorted and destemmed before a pre-fermentation maceration of, usually, three to four days followed by pressing, spontaneous fermentation in small, new, French oak barrels (no malolactic), and aging in French oak, half in 4,000-liter fermenters and half in 500-liter bocoys (hogsheads) for around 18 months, during which there is a little working of the lees, but “not too much.” The final stage is 18 months in bottle, making three years in all from the harvest.

The 2019 vintage is a great one, says Santolaya, the best of the decade. After a dry, warm winter, the soils lacked water early on, but rain in April got the growing season back on track, and although there were intense heatwaves at the end of both June and July, there were around 20in (500mm) of rain during the vegetative cycle, “in line with great vintages.” The high temperatures might suggest a Mediterranean vintage, he says, but it was fresh in character, and the grapes were very healthy, which is the challenge with white grapes.

To end briefly on some other news before we move to the tasting, Roda has just planted a new large, high-altitude vineyard in Cellorigo, west-northwest of Haro—10ha (25 acres) at up to 2,150ft (650m) that had previously mostly planted been planted with cereals. Apart from size and elevation, the significance of the new planting is that it uses an Australian system to prevent erosion and distribute the groundwater evenly via channels that follow the natural curves of the land.

A great vintage with which to launch Roda’s first white wine, a field blend of very old-vine Viura with a little Malvasía and an even smaller amount of Garnacha Blanca, matured in French oak for 18 months and then in bottle for 18 months.

Pale straw. An expressive, appealing nose; markedly fruity and more high-toned than anticipated (at least, by me), with fresh quince, confit apple, white peach, grapefruit, and a dusting of white pepper and vanilla. The palate is generous—creamy rich and pillowy—but also chalky and anchored by a spine of steely acidity and a little tannin. There’s a refreshing nip of grapefruit-peel bitterness, and the longer it spends in the glass, the more the mineral notes emerge and fuse with the fruity, creamy core. It carries its 14.5% ABV effortlessly. | 94

As the product of a growing season scarred by the notorious late April frost in which Roda lost 60% of the crop in its own vineyards and by both heat and drought (26in [400mm] rainfall in total), 2017 required a lot of work in the vineyards and concluded exceptionally early, with a harvest start date of September 4. Despite it all, the grapes had good concentration from yields of 1.55kg per vine. Taking into account the power and concentration of the Tempranillo, 6% Graciano and 4% Garnacha Tinta were included in the blend. It was aged in French oak barriques for 16 months (half and half new and second use).

The wine’s dark, brooding purple color is matched by a nose in which aromas of violets and purple iris seem almost lucky to emerge above the penetrating, tightly packed core of blackcurrant and blackberry fruit—the classic black-fruit signature of Roda I—smoldering licorice, black olive, and clove notes. The palate is dense and wrought by powerful tannins, but they’re refined, not challenging or rustic, and there’s a heat- and drought-defying mineral freshness. (The latter is a Roda signature but can’t have been a foregone conclusion in 2017.) It will need more time than some vintages and may have a shorter lifespan than the finest. | 93

A quick resumé: Cirsion is made from vines within Roda’s vineyards that they identified at the end of the 1990s as having berries that ripened earlier and more fully, with notably silkier tannins. Because of this inherent silkiness, Cirsion is aged in oak (French, as for all Roda wines) for only 8–10 months, the shortest period of any of their wines. Like the 2018, the 2019 also includes some Graciano, a component that Santolaya says is here to stay—in those years when Cirsion is produced. There was none in 2002, 2004, 2013, and 2014, but in 2019 there can never have been any doubt.

A vigorous, deep color and a compelling nose. Highly aromatic and detailed, with violets, blueberry, and cassis chased by dark chocolate, balsam, a touch of mocha, and an arresting ping of orange zest and citrus oil. The palate is as mellifluous and graceful as it is powerful and concentrated, thanks in large part to the seamless silky tannins and to a freshness that is perhaps bestowed by the Graciano, perhaps by the vintage itself. | 95 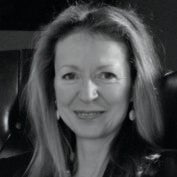