If world-class sparkling wines can emerge from the dour depths of a viticultural region that was widely considered to be a joke 20 years ago, surely anywhere might be next? Look how true that has turned out to be. If I had been asked just two years ago, not 20, to name a few future sparkling-wine areas, the last place I would have suggested would have been Sicily. Yet, Azienda Agricola G Milazzo in the south of Sicily won two gold medals and four silvers at The Champagne & Sparkling Wine World Championships (CSWWC) in 2020 and, if I was amazed by that, I was totally floored by the five golds and 11 silvers won in 2021. Not quite what I expected from a rock basking in the Mediterranean sun! So, the next hot spot could indeed be absolutely anywhere.

Abrau-Durso in Russia has only just started producing world-class sparkling wine. I have been tasting Abrau-Durso for 35 years or more and the CSWWC has been tracking the performance of its individual cuvées since 2014. We were in despair at the amount of oxidation in so many of its wines. Until, that is, the seachange in 2021, when the wines submitted had a freshness and a purity not seen before. This perfectly illustrates that the difference between failure and world-class is about not only where the vineyards are, but the winemaking regime, now under the watchful eye of Moët’s former chef de caves Georges Blanck.

Japan is also showing potential, even if it is still early days. Kreinbacher in Hungary (and now Sauska), Carassia in Romania, Midalidare Estate in Bulgaria, and Domaine Chandon in both India and China have all demonstrated they can produce world-class sparkling wines. In all these instances, however, the success has been thanks to individual producers, whereas to claim a world-class reputation requires a wider recognition that the region not only specializes in sparkling wine, but has generally proficient, and occasionally outstanding, producers.

No matter how exceptional a solitary producer’s quality might be, it will be insufficient to create a regional reputation unless it can inspire others to follow its lead—as they did with Guido Berlucchi in Franciacorta, Giulio Ferrari in Trentodoc, Stuart and Sandy Moss (Nyetimber) in England, Croser in the Adelaide Hills, and Andrew Pirie in Tasmania.

Sparkling wine is the most technological, most man-made of wines and, as such, much can be done in the winery to increase the quality of sparkling wines produced from grapes that have been grown in a less-than-ideal terroir—but it is easier to achieve if such measures begin in the vineyard. If yields are increased, the added burden on vines can add up to two weeks on the normal picking date, lower the sugar content, and maintain acid levels. The results would be too attenuated for still wines, but by tweaking the pruning around these variables it is clearly possible to produce high-quality sparkling-wine grapes in warmer climes.
Spain is only now beginning to fulfil its promise, since the recently established Cava zones have provided much-needed transparency, prompted by the emergence of new designations such as Corpinnat. The last two decades of the 20th century were wasted by Cava, whereas the first two of the 21st century have benefited from a focus on terroir and applying hard science to how and where best to grow Macabeo, Parellada, and Xarel-lo.

As the next sparkling-wine hot spot is likely to come out of the left field, it is probably impossible to predict, but there are so many places that have good excellent and even great potential that they should be performing a lot better than they are.

Improving from the ground up

All the crémant appellations, for a start, could easily be of a significantly higher quality and expression, if only the producers demanded better focus from their law-making bureaucrats. Excellent, individual exceptions exist, of course, but the average quality of these primarily French appellations is barely acceptable due to the ineffective regulations. There are no delimited areas that have been chosen as best suited to the production of sparkling wine, where sparkling-wine clones are grown to the exclusion of other vines, and where they are pruned and cropped specifically for sparkling wine. When you can grow red, white, rosé, and sparkling wine on the same plots of land, it will almost inevitably be the dross that is left over for sparkling-wine production because it was not deemed good enough for red or white still wines. Bubbles cannot miraculously convert dross into fine-quality sparkling wine.

The same can be said for Anjou, Montlouis, Saumur, Touraine, Vouvray and other sparkling wines of the Loire Valley. If they want a world-class reputation, it will have to start in the vineyard from the ground up.
Even in a country like New Zealand, which is not controlled by the unfocused regulations of a ridiculously strict appellation system, the reputation for sparkling wine is about as far removed from its potential as it possibly could be. Yes, there are top performers like No.1 Family, Hunter’s, and Akarua, but the potential for sparkling wine across multiple regions is so vast that it should already, surely, be teeming with world-class producers.

So, where next? The most likely must be Spain, with green shoots of a fresh start already growing. The least likely has to be Germany, where there is too much invested in fabulous Rieslings and Pinot Noir to care. While the most bizarre has to be Sicily, which is already on my post-pandemic bucket list. 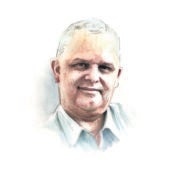 Tom Stevenson has been writing about wine for more than 45 years. He is the author of 23 books and the winner of 32 literary awards, including The Wine Literary Award, America’s only lifetime-achievement award for wine writers.
Thank you
Websites in our network